Aung San Suu Kyi, President Win Mint and all key leaders of the ruling National League for Democracy (NLD) have been detained in the wake of the February 1 military coup in Myanmar. The country’s army has claimed they will rule the country for a year.

If we look at history, we see that Myanmar gained independence in 1947. Then there have been three elections in that country. But in 1972 there was an army coup. The army rule lasted till 2011. And Suu Kyi fought against military rule. He was under house arrest for 15 years. Again in 2021 the army coup took place. Suu Kyi’s party, The National League for Democracy, won 63 percent of the seats in the November 8 election. It was the second round of elections since the end of military rule in 2011. However, Myanmar’s military has accused the military of rigging the election, leading to a military coup.

Military rule never brings good to any country. Therefore, there will be an adverse effect of military rule in Myanmar. However, the Rohingya issue could be a bigger problem for Bangladeshis.

Many are wondering whether this drama was staged on the basis of military-civil mutual understanding as a means to prolong the Rohingya repatriation! Because Myanmar was never completely free of military influence. They are one-fourth in the parliament. Their army chief already behaves like a political leader. But with the official announcement, the Myanmar army made the Rohingya repatriation more complicated by making Bangladesh’s demand a reality.

According to current situation, it seems that Myanmar will not be able to overcome this situation very easily. Bangladesh should start a new understanding with the new military government.

However, it is expected that the Rohingyas will return to Myanmar as soon as all the problems are resolved. 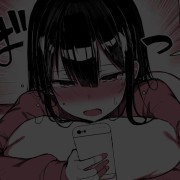 23 years old Bangladeshi news publisher. owner of teamdisobey.com. Do not copy my content without my valid written permission. E-mail :- clonecdi0@gmail.com

With Product You Purchase

Lacking effort but I maintain the dominance🔥 Ig link- https://www.instagram.com/tv/COyQDPADpdm/

Go to the Arqam options page to set your social accounts.